BSP Life’s Chairman, Mr. Robin Fleming said, “We are pleased to welcome someone of Florence’s calibre, who has vast work experience in Fiji and internationally, with strong legal and commercial acumen. Ms Fenton strengthens diversity at the BSP Life (Fiji) Board level as our second female Director. She joins the Board at a critical time, and we look forward to her contributions as we continue our growth journey.” 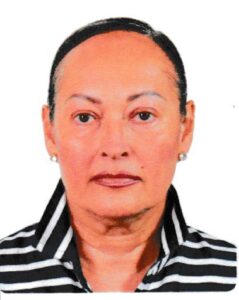 Ms Fenton attained her Law Degree from the University of Otago and was admitted to the NZ High Court as a Barrister & Solicitor. She later moved to England and was admitted as a solicitor of the supreme Court for England and Wales. She has practised law in New Zealand, United Kingdom, Scotland, and a private practise in Thailand. In Fiji, Ms Fenton has worked in the Government and private sector, holding positions as the Director of Fiji’s Law Reform Commission and a Managing Partner at Munro Leys. She has served on several regulatory Boards, Government Corporates and Commissions.

Ms Fenton joins an experienced Board comprising of Mr Fleming, Group Chief Executive Officer for the BSP Group who was afforded a Companion of the Star of Melanesia in 2015 by the PNG government for services to banking and the community, Mr John Reid, a qualified Actuary and fellow with the Institute of Actuaries (UK and Australia) with extensive insurance experience, Mr Colin Morgan a fellow of the Institute of Company Directors, Australia, with insurance experience in European, Australian and Asian markets, BSP Bank (Fiji) Country Head, Mr Haroon Ali, his predecessor Mr Kevin McCarthy, Ms Thelma Taria-Savua, General Manager at AVI Pacific People, and Mr Michael Nacola. BSP Life’s Appointed Actuary is Mr David Goodsall, also a fellow of the Actuaries Institute (Australia).

Mr Fleming also acknowledged Mr. McDonald’s contributions. “On behalf of the Board, I would like to thank Ross for his years of service, valuable contributions and commitment. We wish him well in his future endeavours.”

BSP Life has been serving Fiji with world class products and services for over 145 years and remains focused on building sustainable value for customers. Visit www.bsplife.com.fj for more details.